“The Birth of the Australian Motorhoming Lions Club”

Hi to you both, sorry to bug you on your holiday!

Seeing that we are going to talk this afternoon about Lions I would like you to consider this first if possible.

Lorraine and I would like to charter a special interest Lions Club especially for all travelling Lions no matter what they travel in.

I know all about Lions on Oz and it is a good idea however; their main focus is on membership not really what they chartered under. It is run by a Lions Caravan group.

These are some of our ideas for such a new Lions Club:

That you would have to have some form of registered travelling vehicle to ensure renewal of membership.

The venue we put to Council for the Calf and Pig yard would be great for a Club to have. We would have all records on line for all members to check when they wish no secret files. Lorraine and I would do the work we do for Gympie Lions as we do now only we would help other clubs if needed and if we are in town. Like you both we like being Lions and also would like to travel more. We would need our 20 members across the country to get this started. Will talk this afternoon.

The history of the “Australian Motorhoming Lions Club”

The Australian Motorhoming Lions Club is both a Lions Club and a Motorhomes only Club in Australia, this would most likely make the AMLC the only Motorhome only club Nationally.  The AMLC is about being a Lion helping those in need and enjoying the travelling experience in a Motorhome.

I must report here that the first name suggested by Lion Len Waddington was the “Travelling Lions Club”. This name went very quickly following our discussions with Lions Clive and Joan Adcock. Then the MLCA (Motorhoming Lions Club of Australia) was discussed. This was disallowed by LCI. So in the end the first committee settled with the AMLC (Australian Motorhoming Lions Club).

Our next new AMLC members were recruited at the “Stone the Crows” event at Wagga Wagga in New South Wales, Australia. This event is held every year at Easter.

Above are the four members who were recruited into the AMLC at the ” Stone the Crows” event at Easter 2016. This now brought our branch membership to ten, this made us half way to being able to submit an application to Lions International to form a new club in our own right.

We were now well on our way to getting the numbers that we required to forming the AMLC this was on March 15th 2016.

The above are some pictures of the twenty five new members recruited to the AMLC with the exception of Lions Graeme and Jennifer Waddington, Lion (Life member) Gary Rebgetz and Lion Jozef van Zanen at the May CMCA rally in Bathurst.

This was a very important milestone for our Branch Club, now we have the membership numbers to apply to be recognised as a Lions Club in our own right which was done in just a few months. This was a big achievement for our club.

Below are the minutes of a meeting held on the 30th April 2016 just prior to submitting our Charter Application.


Any history should be accurate and honest so I included the below document to show some of the issues and frustrations going through this process. Thankfully with the help of Lion Lou Onley from National Headquarters any matters like in the document below were all mutually resolved.

It should be noted that it was a goal of the committee to ensure that the AMLC was chartered before June the 30th 2016 for a couple of reasons and they were as follows;

a. That we charter in the Centennial Year.

b. It was goal of the committee also to try and have our club chartered in the term of the then President of Gympie Lions Club (Lion Colin Ross).

This was not to be the final number of Charter Members before our official ceremony, as it is LCI rules that members who join within 90 days of the acceptance of the charter application by LCI shall be joined as Centennial Charter Members.

At this point I would like to show an example of some of the places that our members are inducted into the AMCL. This is always very interesting as members can be inducted online, over the phone and or by other clubs where our members may be at the time, this is done by the Lions Club on our behalf.

This form of induction of new Lions Club members is new to Lions International but out own experience has shown this to be very successful. The AMLC has been lucky to have invited some of the most active New Lions many of whom are enjoying that extra dimension to their travelling experience.

Our members are generally active from the time that they are inducted and that has been true for a lot of our members helping as many Lions Clubs and communities around Australia, I have inserted just a few examples. I would encourage anyone reading this and interested in more to please go to our “Gallery Page” and you will see many more examples.

Even though were at this time still a branch club of Gympie Lions we have always been a very active and enthusiastic club.


The charter application was sent in along with the names of the first 35 charter members, as you can see by the date  of lodgement that it would be tight to have this finalised before June 30th 2016. It is common for charter applications to take anything up to 45 days through LCI. So with this in mind I once again called for help from Lion Lou Onley.

During the period of lodgement and official approval was some of the most stressful time as the first President of the AMLC. However, with a lot of help from Lion Lou Onley and his knowledge of LCI in Chicago USA office we were able to achieve official notifications only a matter of hours before the cut off point.

Having formally been recognised as the “Australian Motorhoming Lions Club” on the 30th June 2016, we now had 90 days from that date where any new members would also be recognised as official “Centennial Charter Members of the AMLC”.

In July 2016 we were once again very fortunate to be able to induct eight new charter members.

The other four members who are not pictured above are Lions: Gordon and Lori Simons, Rob Leggett and Roslyn Clenton.

During this time we were already arranging our official Charter Evening in Gympie to be held at the RSL Gympie, Qld. Australia.

As what is now the norm for me it was down to the last day to ensure that all those who joined close to the cut off point on the 30th September 2016 were officially on record at LCI in Chicage, USA before the expiry date for charter members.

We had inducted a further four members who would be the last of official AMLC charter members.

Our missing Lion from the pictures above is Lion Lynne Hateley-James who is yet to forward a photo. (I will update this as I get the pictures)

As with all new clubs especially starting a new Lions Club there is no assistance at all, so there is a lot of pressure not only in forming the club but than also to ensure there is a revenue stream available to allow the club to operate.

The AMLC has been fortunate to have been able to get support from the Gympie Muster Ltd. and secured two contracts during the 2016 Muster. 1. Was to manage and run both the Tavern Bar and also the walk up premuster and muster talent at the Tavern Stage. 2. We also manned two of the RFID (Cash Armbands) booths as well.

Our members enjoyed doing of our tasks and we all had a good time, I think we can look forward another good time at the 2017 Gympie Muster. 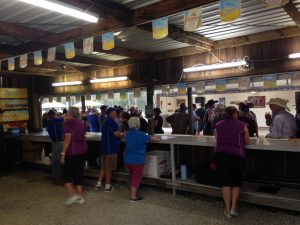 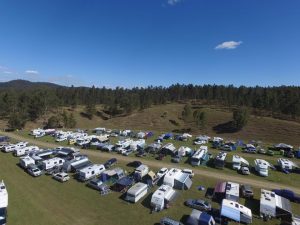 The 2016 Muster was great fun as always, and we all look forward t o being there again this year. Most importantly it was great thing all round and assured the clubs future.

Following the 2016 we had a number of members hanging around for our formal Charter Night on the 1st September 2016 which gave us a chance to help out one of our members (Lion Peter and Jo Nolan) area local lions club “Maryborough Lions Club”.

I feel that the RACQ Tech Challenge is certainly worth putting on our events calendar and that is where about 10 of us ended up, it was very busy but as always we all enjoyed it.

We will most certainly help Maryborough Lions again if they so wish, well after this event we were well on the way to our Official Charter Night.

Our Charter night was held the Gympie RSL club and it was a very successful night for all who attended. 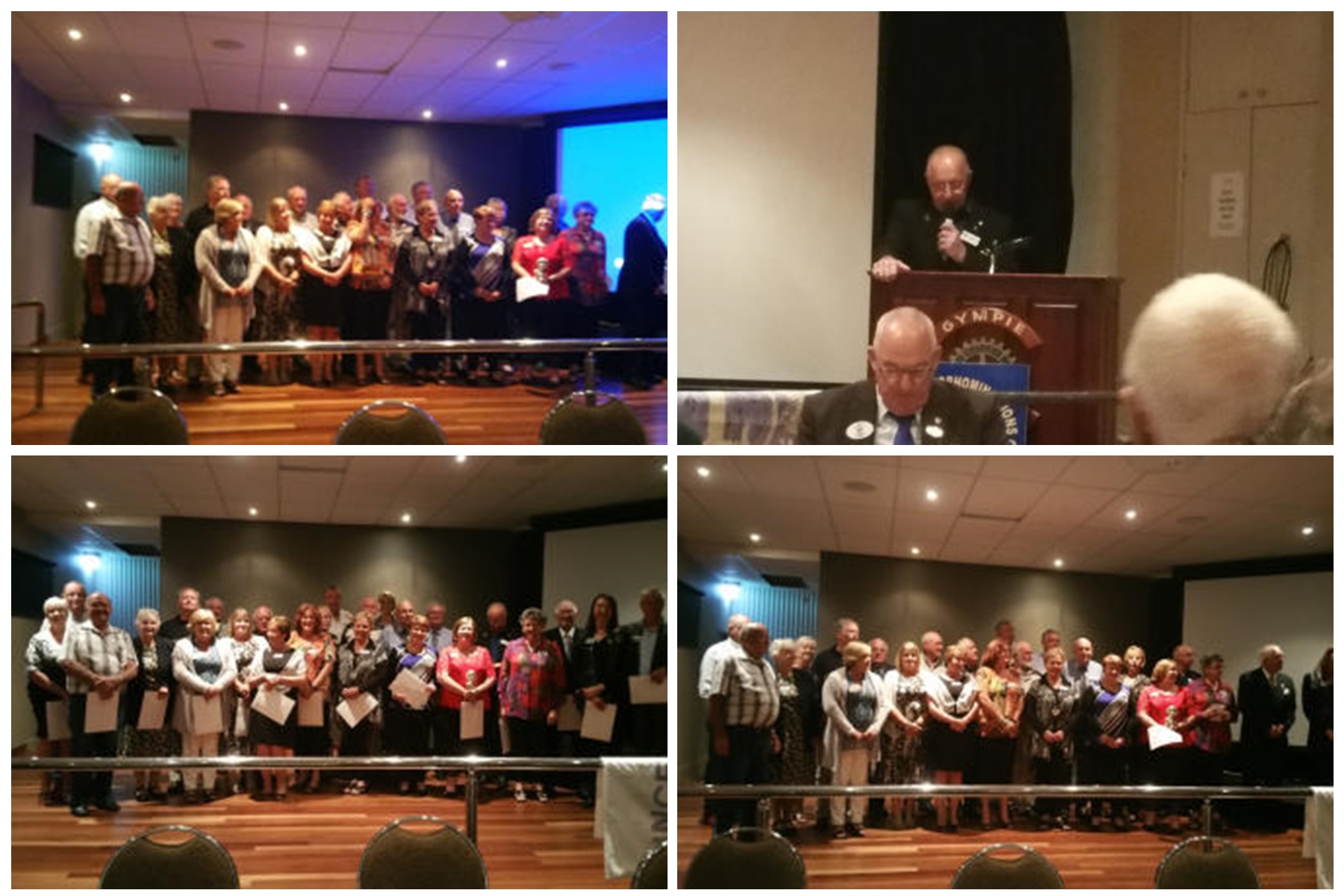